This post was made to the Chatham County Chatlist after a slow back and forth between a number of posters made assertions about the historical numbers of deer and forest in NC.
2017-07-03 A chatlist participant added a link to the 2017 Tick Forum in Chatham county. It provides a good report on deer in the county from the 1970s to present.
When more and less claims are being made, it's helpful to know the comparisons. So i did a little digging yesterday to get some data. What led me into this is my interest in Piedmont prairie ecosystems. I've not done enough reading on the topic. Waiting at the top of my list is:
Noss, Reed F., and Edward O. Wilson. Forgotten Grasslands of the South: Natural History and Conservation. 2 edition. Island Press, 2012.
(I've requested the library add it to the Overdrive collection.) In yesterday's searching I found "TERRA-2: The History of Native Plant Communities in the South" a technical report from the UDSA and other agencies. In the section on the prehistory of the southeast (https://www.srs.fs.usda.gov/sustain/report/terra2/terra2-05.htm) I found the grassland ecosystem evolved in a period that ended 5000 years ago. By that time native populations were large enough that their efforts were available to shape the ecosystem. . Their use of fire to burn the understory probably kept the prairie remnants when the climate shifted, such that the early European explorers found these prairies when they arrived http://www.learnnc.org/lp/editions/nchist-twoworlds/1683 . So, current research indicates that even though the climate had shifted so that the piedmont had enough moisture to support unbroken forests, human human intervention kept open prairie ecosystems from 5000 to 500 years ago. Then the Native American populations crashed (probably due to disease.) By the 1730s when landgrants were being made in Chatham county, the forests would have had a couple hundred years of non-intervention to develop thick woodlands. I'm still curiously reading what i can to find out about the history of the piece of land we live on -- what was farmed here when, etc. Between work of the Chatham Historical society and http://www.nclandgrants.com/home.htm i have an initial idea about the first European owners. For deer populations, i have the resources below. Deer Friendly has a graph of populations that was supported by the other sites. If you take the deer population in 1450 as baseline, the white-tail deer population in the southeast slowly decreased to about 1700, began rapidly decreasing, plummeting 1850-1900. Hunting pressure apparently drove deer to near extinction. "In 1900 The Lacy Act, the first federal wildlife law, was enacted. Lacy prohibited the interstate trafficking of venison and other wild game, and the exploitation of whitetails began to slow. In 1908, 41 states established departments of conservation, furthering the protection of deer." The populations then start dramatically increasing. White-tail deer superseded 1450 populations circa 1990. Deer Friendly's data showing the beginning of another crash (with other deer species dropping dramatically earlier after "peak deer"). The presentation on “Deer Management in North Carolina" from 2012 describes Hemorrhagic Disease (HD) as a threat to NC deer populations. The chart showing deer populations is missing indicators as to the uncertainty in the estimates prior to 1900. While it is getting easier now to scour the historical record for mentions of observations, the amount of extrapolation is likely nontrival. (One would need to read http://digitalcommons.unl.edu/cgi/viewcontent.cgi?article=1276&context=icwdm_usdanwrc -- which i didn't realize was online -- to get a sense of the extrapolation process.) What seems clear to me is that the absence of deer in Chatham county in recent memory is likely due to the human effects of 1850-1900 and not evidence of a balanced population. Coming up with an opinion of what a current balanced ecosystem would look like is still a challenge with this information as one's perception of balance is still informed by various values. Personally, i'm up for the question of how can we get the deer to eat the consarned stilt grass. I've found a patch in the shade was moderately easy to weed up, but in the sun it seems to spread out more. I fear that there are mown areas of our yard which a nice lush green because it's the stilt grass. My current plan is fostering the native low growing Dichanthelium species (witch grasses) which thrive in the winter. Sorry for the length, judith bush Brooks Creek watershed.
Hartigan, Chris, Scott Osborne, and Evin Stanford. “White-Tailed Deer (from NC WINS)." NCpedia, June 2009. http://www.ncpedia.org/wildlife/white-tailed-deer.
Huntingnet Staff. “The History of Whitetail Deer," January 1, 2008. http://www.huntingnet.com/articles/the-history-of-whitetail-deer.html.
Stanford, Evin. “Deer Management in North Carolina." 2012. http://www.ncsu-feop.org/DE/archive/2012/2012-01/Stanford-3-Slides.pdf.
“The Decline of Deer Populations." Deer Friendly. Accessed June 27, 2017. http://www.deerfriendly.com/decline-of-deer-populations.
Naturalscience, Critters 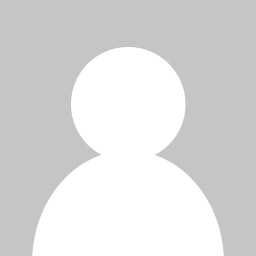